It’s hard to say when exactly training became more tearing than constructive since I was physically doing progress until the very last moment until I “crashed”. A lot of success was made during the few years of hard training but it wasn’t something for the long run, since the whole balance was quite off. As things are starting to get better now though, I feel more gratitude towards this phase than regret. It was the best way I knew at that time. And I learned a lot! I have been working on getting back from a phase of overtraining for a year now. For 8-9 months was I unable to do any training harder than basic conditioning and even that felt often too hard. I have now, for about 3 months, been able to add volume again.

The turning point happened thanks to my current coach that I knew from years back. I contacted him with the idea to ask him help me develop the right training program for me and to get some support. In a few weeks he could see that I was seriously overtrained. Constant fatigue, poor appetite and stomach issues were only a few things that were causing problems. My coach was not the one to tell me what I should exactly do to fix this overtraining, he was the one to tell me to figure it out on my own. I believe a professional understands that he/she can not teach you anything, they can only teach you to go within. And that’s what I did.

Now I’m very happy to be on a good road to recovery after these important lessons. It has been one tiny step at the time and finding out what makes me feel better. It has been a bumpy road, but once I got the taste of what a great, fresh and recovered body and mind felt like, it became a bit easier to keep chasing it. The moments of despair happened when it felt like nothing was helping. I think I became a bit more spiritual than before during those times.

The idea of this post is to let you in on some of the methods that helped me deal with my overtraining. Everyone’s story is different but I hope you get an idea of how you could recover better if you’re going through a similar situation! 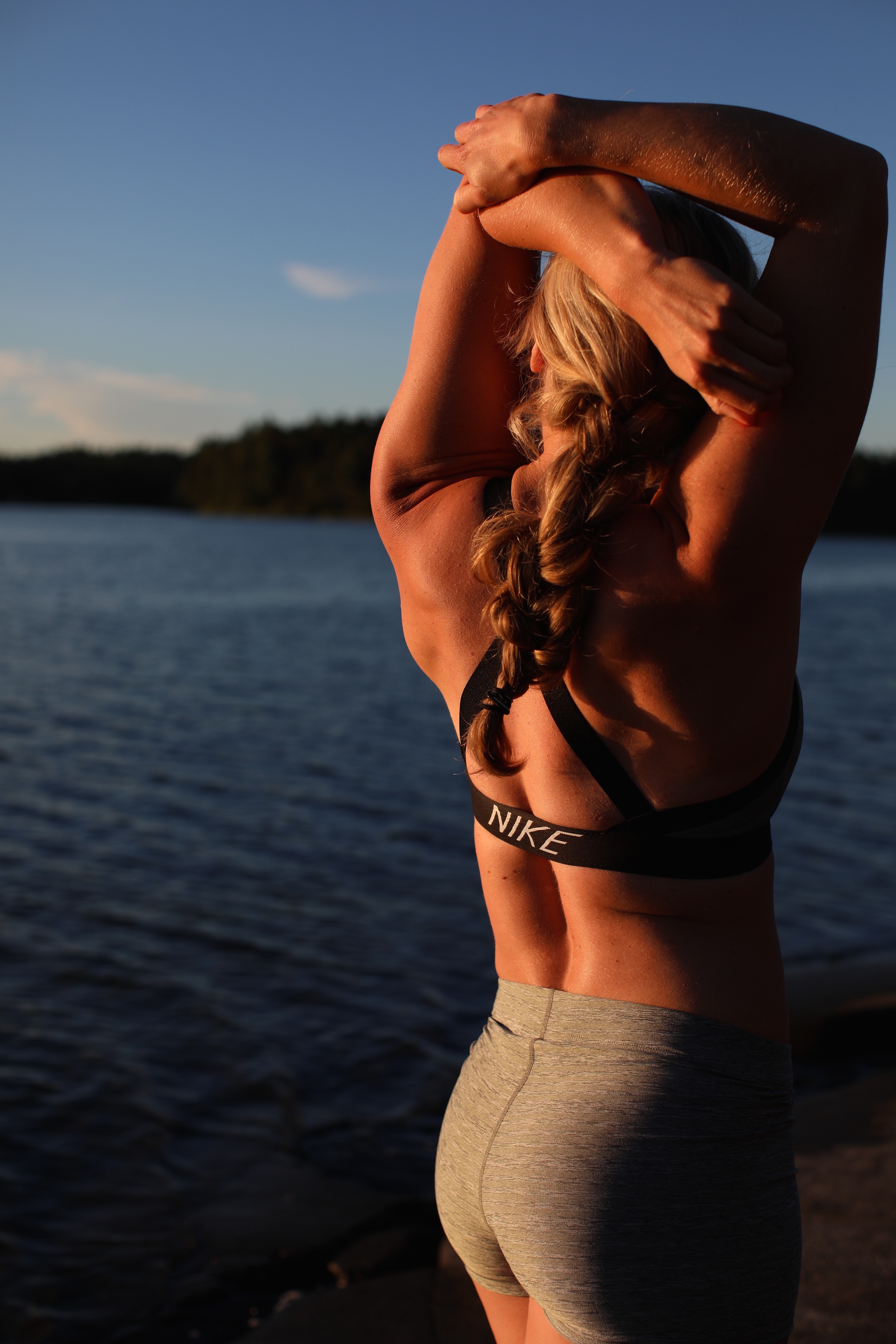 Sleep – If there’s something I have big respect for, it’s sleep. If the sleep is shallow or if there’s not enough of it you can definitely feel it the next day. I have noticed though, that a lot of people get used to living a sleep deprived life. I went to a well known sports doctor called Pippa Laukka and she helped me with this. With the help of a sleep monitor called Beddit I became an expert in tracking my sleep quality, length, movement, snoring, time when I fell asleep and more.

Sports massage – I partnered up with Helsingin Urheiluhieronta to get body work done almost on a weekly basis. The feeling afterwards is always rewarding. It feels great when your stiff muscles have been massaged open, often with some intense pressure. I feel like the blood flow is on another level and I feel often lighter and recovered. At Helsingin Urheiluhieronta I have been introduced to all kinds of new modern methods, such as scraping tools and percussive therapy. This place has the easiest booking system online and usually available times even on the same day. I highly suggest booking an appointment from here. They have seven different offices in Helsinki. 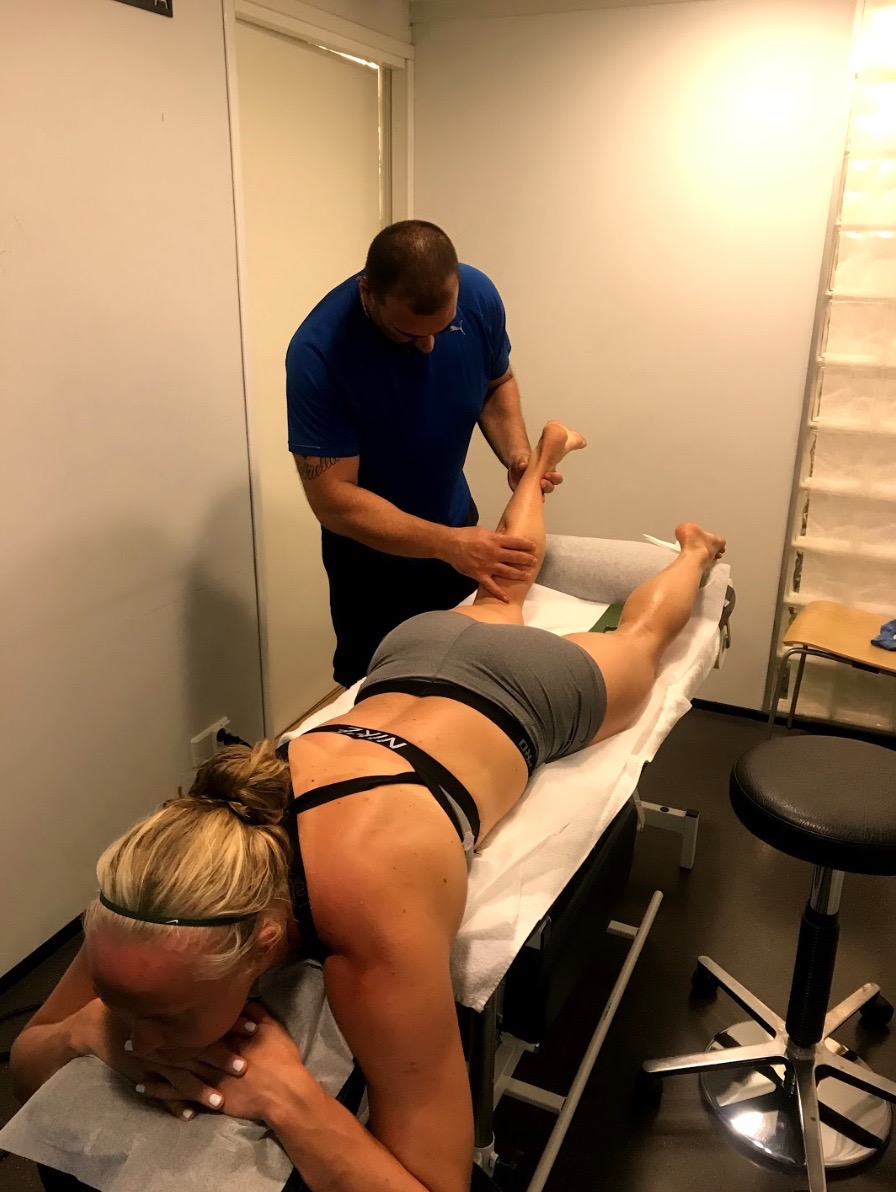 Yoga – Yoga has been something I’ve enjoyed my whole adult life. It has worked as a balance to the intensive and heavy exercising I like to do. My friend and yoga teacher Elisa Kuuttila has a yoga studio in Kallio called Pranama and asked me to come and try out her new found practice, Katonah Yoga, that she’d been studying for some time. We did a private class and it was much more than I expected. It wasn’t like a normal yoga session. I was ready to open up and trust her methods and they have worked wonders. Katonah yoga is a mix of yoga, chinese medicine, Taoism, body alignment and psychology, to name a few. I think it’s really well described to say that the aim is to shift out of “autopilot” and to become more like yourself. The idea is not necessarily to talk at all. Elisa uses body movements to straigthen the person she works on, which has a direct effect on the mental balance. I have scoliosis, which means that my back is a bit crooked. It results in having my left side of my lower back blow up from certain movements which has (at least not yet) become painful but is of course quite uncomfortable. You can check out a speeded video of our practice here. 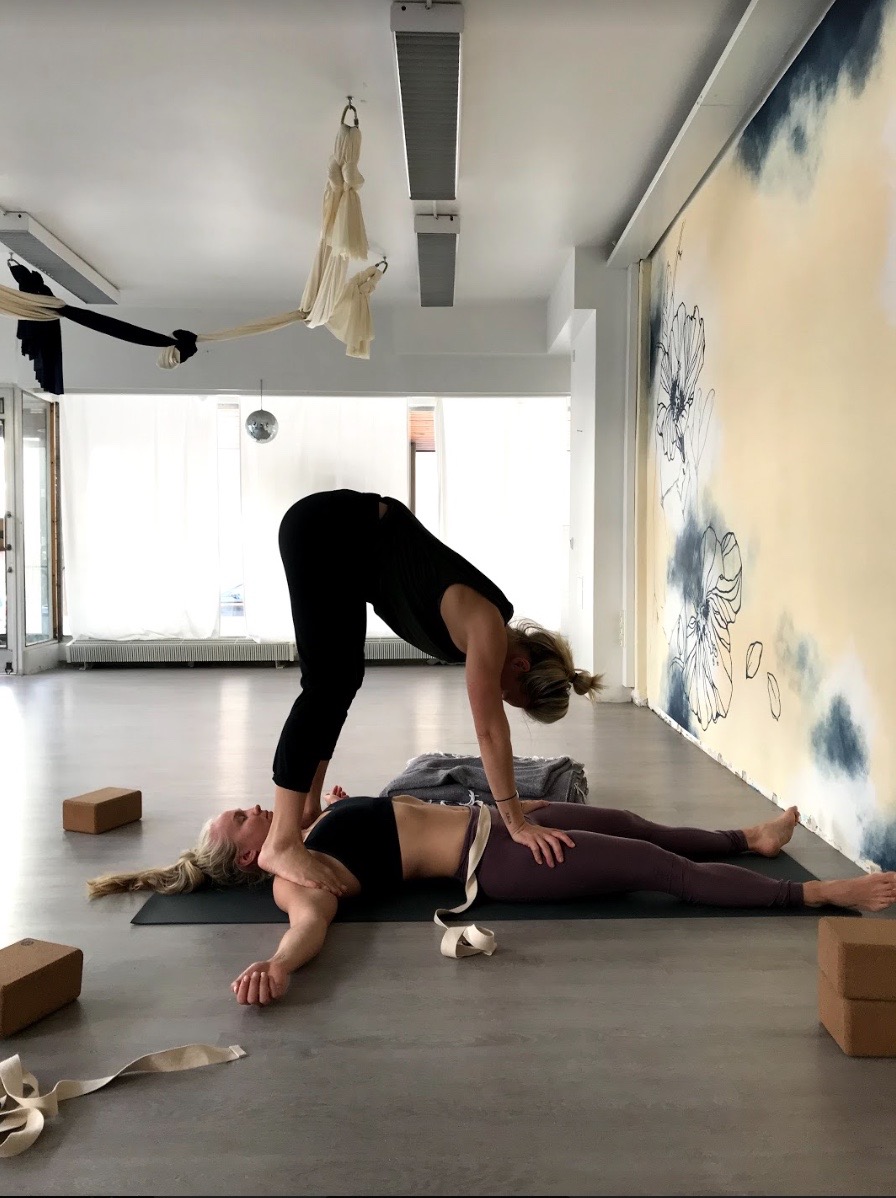 Low impact movement – Something I have done pretty much every day for a year. The most common low impact movement is walking and preferably close to nature. I listen to music, podcasts, e-books or just the sound of nature, whatever feels good for the moment. Such a simple thing to do, yet very calming. I also enjoy stopping and sitting down whenever I feel like it, kind of like letting things have their own flow and not planning anything ahead. Learning to stop for a moment. During summer I also spent quite a lot of time in the ocean.

Mental work – The things I’ve already mentioned above are already very important for the mind but I have other “tools” too. I started going to therapy once a week since my mother passed away over a year ago. It has been important for me to face sadness, fears, anxiety and all other difficult emotions. The perfect time is now, since I want to live a life that is authentic to myself and simply enjoyable. These things are not scary when you start seeing how good you feel after you take courage to work on them. I would like to continue working with my therapist on a weekly basis, but she has lately been trying to tell me that I don’t need to book an appointment every week. A good sign, I guess, haha!  A wrote an instagram post about this, you can check it out here. My therapist has also became a bit of my “mental coach” when it comes to competing and we do visualization and similar practices. 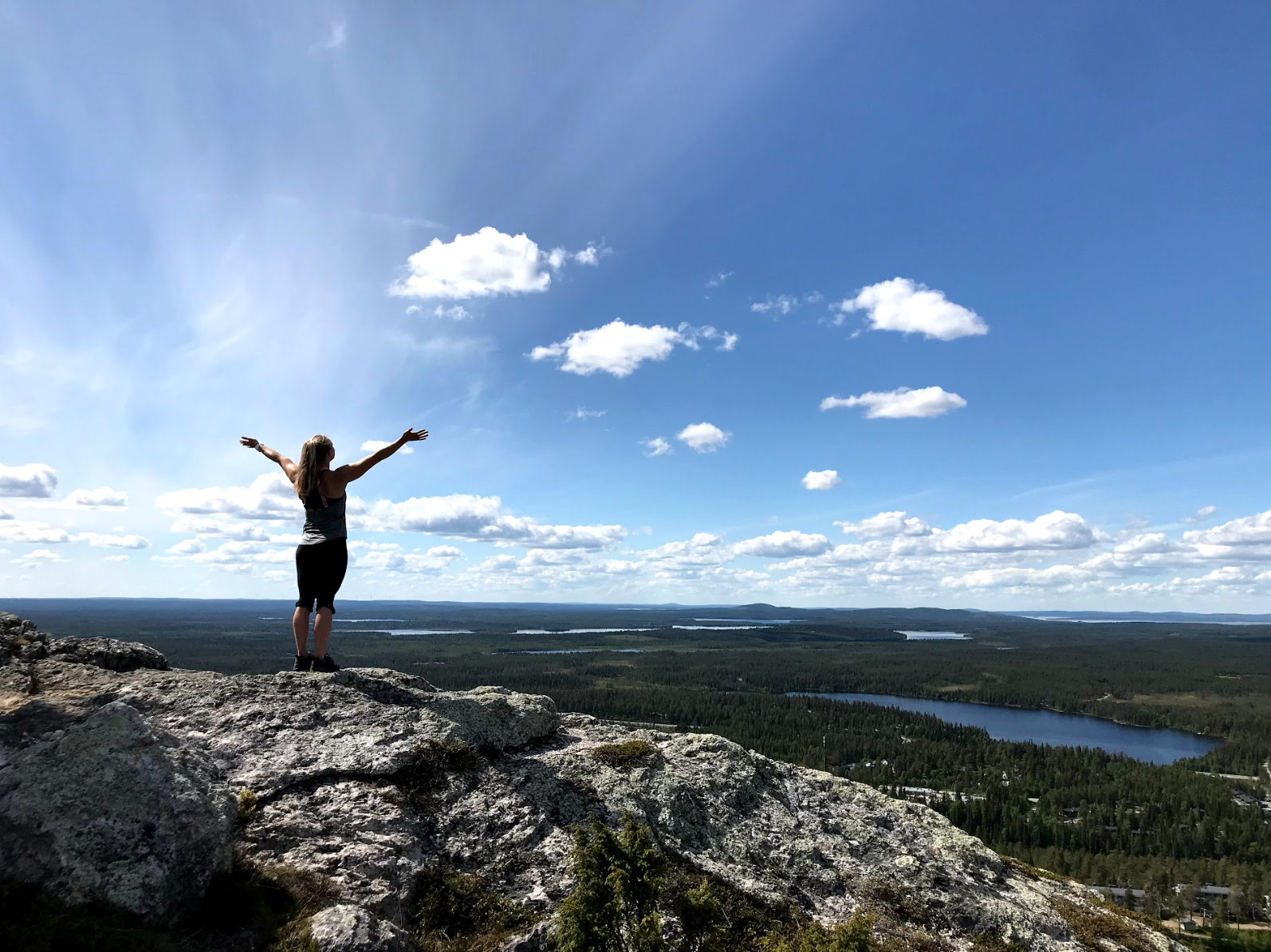 Life outside the gym – Giving a bigger meaning to stuff that is not related to sports has become important. For a few years I imagined that being in sports mode 24/7 equaled being dedicated, passionate, focused and a hard worker. I guess that’s the ideology I was drawn to because it felt like the best way at that time. It did work for me in certain ways, for a couple of years, until it didn’t anymore. Now that I understand better who I am – a social, happy and determined person, I understand that that is how my training and competing also should look like. I definitely tried to be something different than who I was by taking things too seriously and letting my performance get mixed up with my identity. The Unbroken8000 -competition proved me that I am on the right road to fulfill my potential in this sport in my own personal way.

Books and e-books – Joe Kabat-Zinn – Olet jo perillä (Wherever you go, there you are), Anders Ericsson&Robert Pool – Peak, Eckhart Tolle – The power of now, Anthony de Mello – Awakening, Byron Katie – A thousand names for joy (and her youtube videos), Anthony Meindl – At left brain turn right, Gay Hendricks – The big leap, Joe Dispenza – Breaking the habit of being yourself. I read every day and it’s a huge part of my mental well-being.

Nutrition – When it comes to nutrition I aim to become intuitive as much as possible. I contacted a professional about this and got what some would call a “kick-start” to become better at it by counting calories and drinking more water. Poor appetite has been an issue but it’s getting better all the time. When my appetite is poor and I don’t get to eat close to the 3000cal that I’m supposed to, I accept the fact that I can’t train with that deficit so I train less. Between the before/after pics is 3,5 months and during that time I started being able to train again with a body that is healthy and works. 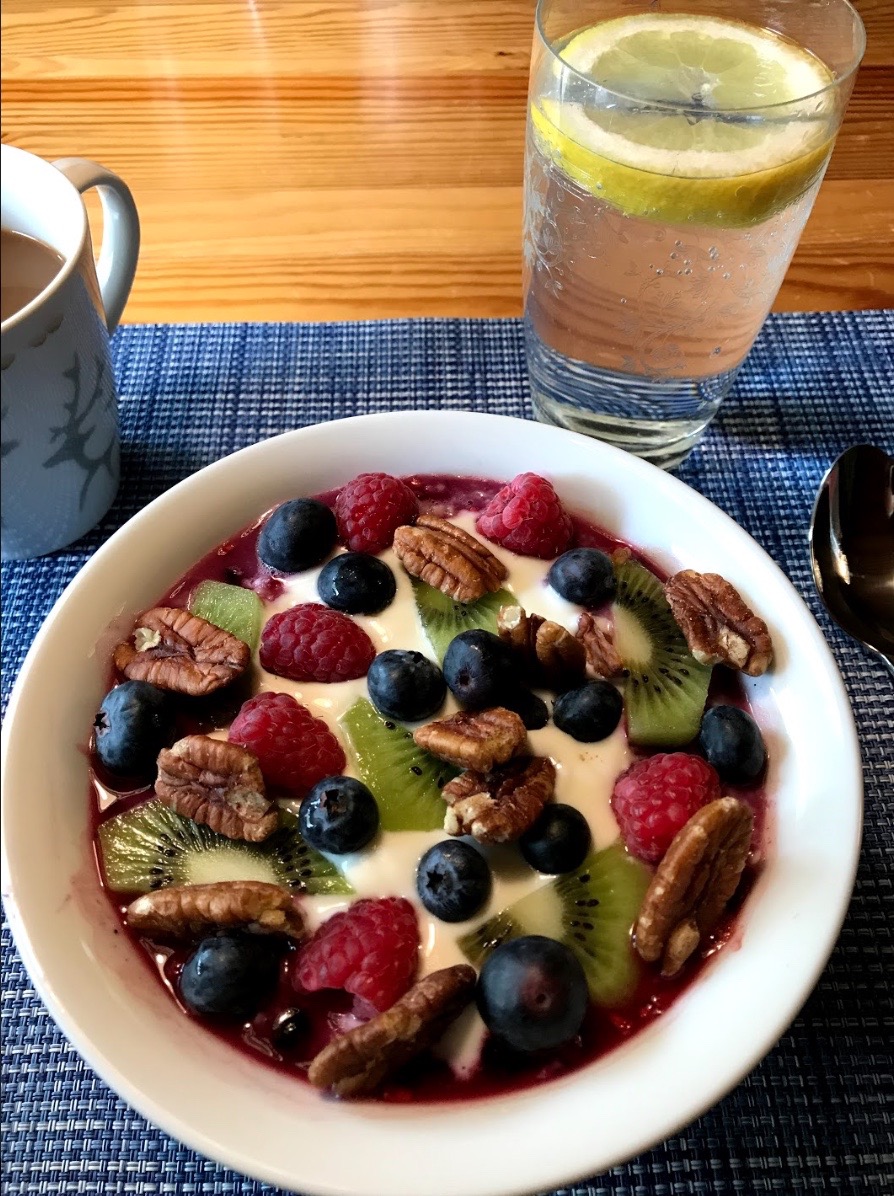 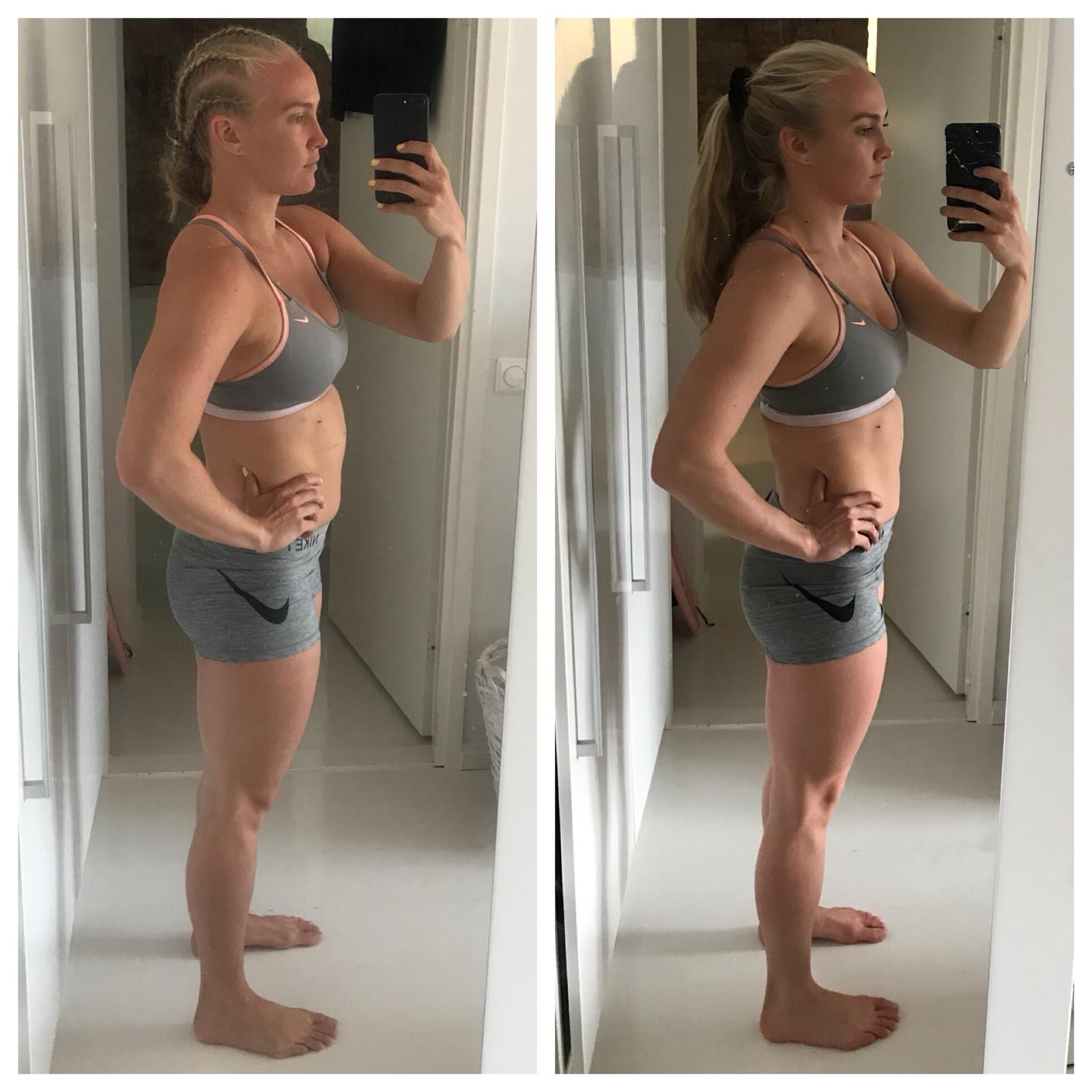 I still want to say and hope that everyone understands that the phases you’ve put yourself through has for one reason or another been the best way for you at that moment so any kind of beating yourself up for past mistakes makes absolutely no sense, so don’t waste time on that road!

Have a great week! 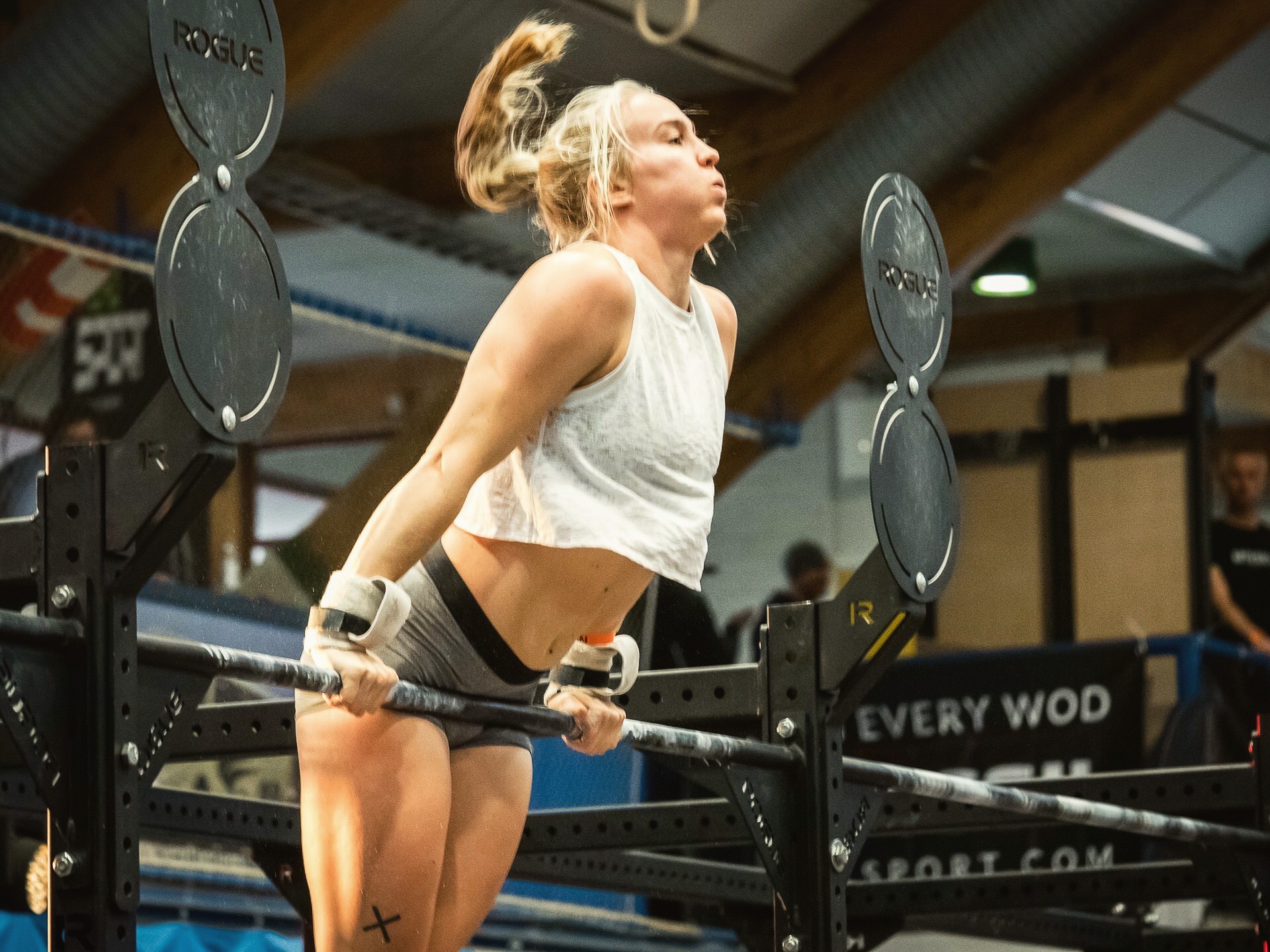 2018-10-30
Steffi
Previous: Tired all the time? What consumes you?
Next: Different ways to get fit in the swimming pool 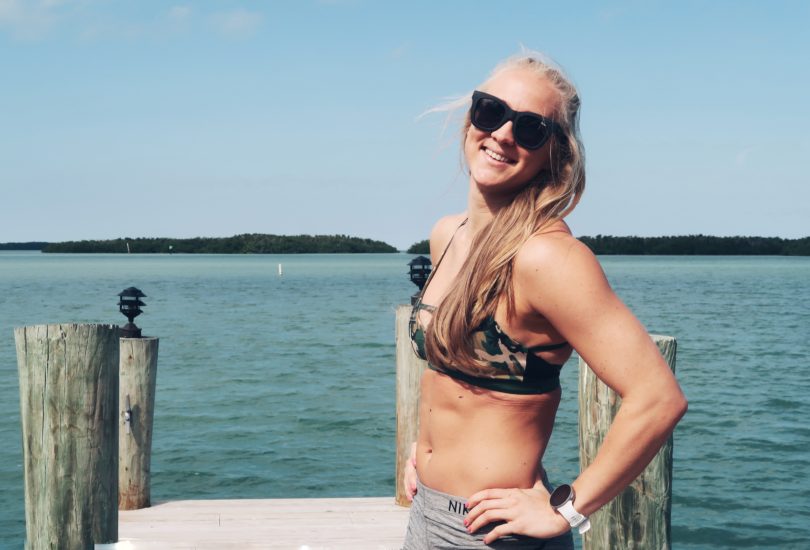 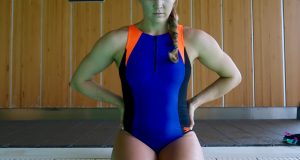 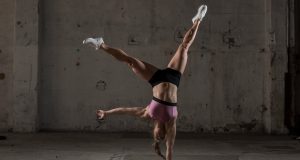 Tired all the time? What consumes you?

Error: Access Token is not valid or has expired. Feed will not update.
This error message is only visible to WordPress admins